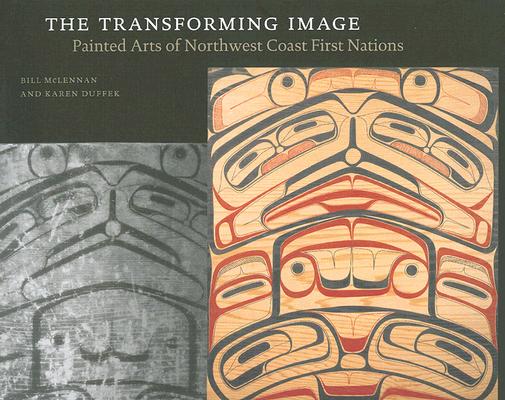 By Bill McLennan, Karen Duffek
Email or call for price
Out of Print

Struck by the dynamic character of a nineteenth-century Northwest Coast painted chest that he had walked past many times at the museum where he worked, Bill McLennan decided to photograph it for closer study. Infrared film produced surprising results. Painted areas that had been obscured with a patina of oils and soot could now be clearly seen, as the complete painting emerged from beneath the weathered surface. With this find, the Image Recovery Project was born, whose object was to produce a database of infrared photographs of historical Northwest Coast paintings. The Transforming Image brings together some of the most intriguing images, many revealed for the first time since the objects were collected at the beginning of the twentieth century.

Bill McLennan is project manager for the UBC Museum of Anthropology. Karen Duffek is the author of Bill Reid: Beyond the Essential Form.