Trump and the Jews (Hardcover) 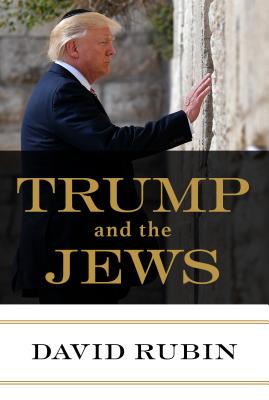 The surprise election of Donald J. Trump as President of the United States evoked passionate reaction across the American political spectrum. It seemed as if not one American was neutral. Trump's supporters adored him, while the expressions of hatred of many of his opponents defied the norms of civil debate.

Well into the Trump presidency, one community, the Jews, on both sides of the ocean, has been on the front lines of the continuing Trump debate that has gripped the nation. Trump's relationship with the Jewish community is unique in its very personal nature. Some of his key policy decisions affecting Jerusalem, the Iran nuclear deal, and even economic policy, have been influenced by positive relationships of trust that Trump maintained through the years as a high-profile businessman in New York, as well as some Jewish family connections. At the same time, most American Jews voted for Hillary Clinton in 2016. Furthermore, many members of the liberal American Jewish community have b.