After the Badge: A True Story of Love, Faith-And Hope Following Loss (Paperback) 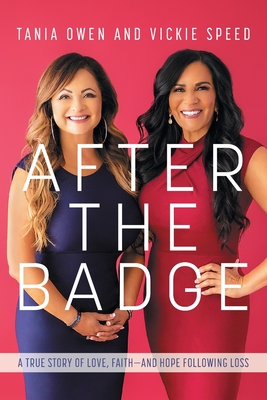 When "happily ever after" doesn't turn out like you planned ... there's still hope

Vickie Speed is the spouse of Los Angeles County Sheriff's Department Detective Mitch Speed, who died from cancer in July 2018 as a result of exposure while on duty.

Though the two women were acquainted prior to their husbands' deaths, God supernaturally brought them together and then drew them into a relationship often described like that of the Bible's Ruth and Naomi.

Drawing strength from their shared faith in God, Tania and Vickie now provide wisdom and encouragement to other law enforcement officers and their families. In their inspiring book, After the Badge, they reveal the difficulties of being in law enforcement, including how both of their marriages were once almost destroyed-until each couple found the healing, forgiveness, and restoration that come only from the hand of our loving heavenly Father.