The Art of Crash Bandicoot 4: It's about Time (Hardcover) 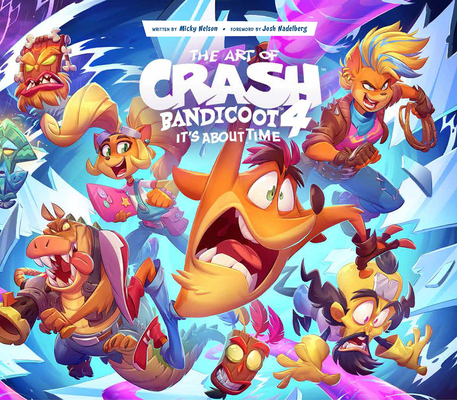 The Crash Bandicoot(TM) series has remained a beloved staple of platform gaming ever since the first game's release in 1996. The Art of Crash Bandicoot(TM)4: It's About Time(TM)is a rich repository overflowing with interviews, quotes, observations and anecdotes, accompanied by a treasure trove of concept art detailing the characters and environments of the game. Gamers of every type will cherish this all-encompassing look into the zany, wild and unpredictable world of Crash Bandicoot(TM) .