Le Corbusier, 1887-1965: The Lyricism of Architecture in the Machine Age (Paperback) 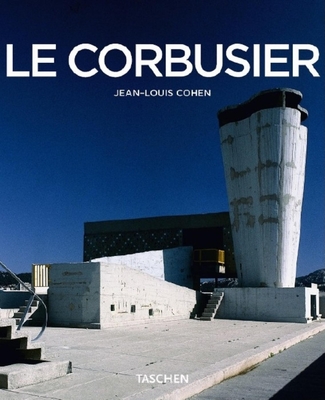 By Jean-Louis Cohen
Email or call for price.
Hard to Find

Architectural poetry in the machine age "Architecture is the masterly, correct and magnificent play of volumes brought together in light."
- Le Corbusier

Born Charles-Edouard Jeanneret, Le Corbusier (1887-1965) adopted his famous pseudonym after publishing his ideas in the review LEsprit Nouveau in 1920. The few buildings he was able to design during the 1920s, when he also spent much of his time painting and writing, brought him to the forefront of modern architecture, though it wasnt until after World War II that his epoch-making buildings were constructed, such as the Unite dHabitation in Marseilles and the Church of Notre Dame du Haut in Ronchamp. About the Series:
Each book in TASCHEN's Basic Architecture Series features: