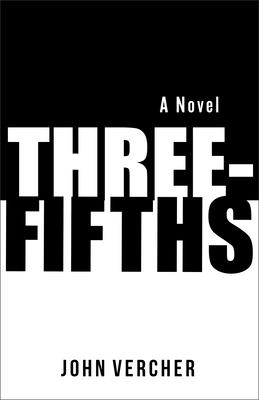 A compelling and timely debut novel from an assured new voice: Three-Fifths is about a biracial black man, passing for white, who is forced to confront the lies of his past while facing the truth of his present when his best friend, just released from prison, involves him in a hate crime. Pittsburgh, 1995. The son of a black father he's never known, and a white mother he sometimes wishes he didn't, twenty-two year-old Bobby Saraceno has passed for white his entire life. Raised by his bigoted maternal grandfather, Bobby has hidden the truth about his identity from everyone, even his best friend and fellow comic-book geek, Aaron, who has just returned home from prison a newly radicalized white supremacist. Bobby's disparate worlds crash when, during the night of their reunion, Bobby witnesses Aaron mercilessly assault a young black man with a brick. Fearing for his safety and his freedom, Bobby must keep the secret of his mixed race from Aaron and conceal his unwitting involvement in the crime from the police. But Bobby's delicate house of cards crumbles when his father enters his life after more than twenty years, forcing his past to collide with his present. Three-Fifths is a story of secrets, identity, violence and obsession with a tragic conclusion that leaves all involved questioning the measure of a man, and was inspired by the author's own experiences with identity as a biracial man during his time as a student in Pittsburgh amidst the simmering racial tension produced by the L.A. Riots and the O.J. Simpson trial in the mid-nineties.

John Vercher is a writer currently living in the Philadelphia area with his wife and two sons. He holds a Bachelor's in English from the University of Pittsburgh and an MFA in Creative Writing from the Mountainview Master of Fine Arts program. His fiction has appeared on Akashic Books' Mondays are Murder and Fri-SciFi. and he is a contributing writer for Cognoscenti, the thoughts and opinions page of WBUR Boston. Two of his essays published there on race, identity, and parenting were picked up by NPR, and he has appeared on WBUR's Weekend Edition. His non-fiction has also appeared in Entropy Magazine. You can find him on his website www.johnvercherauthor.com and on Twitter at @jverch75.